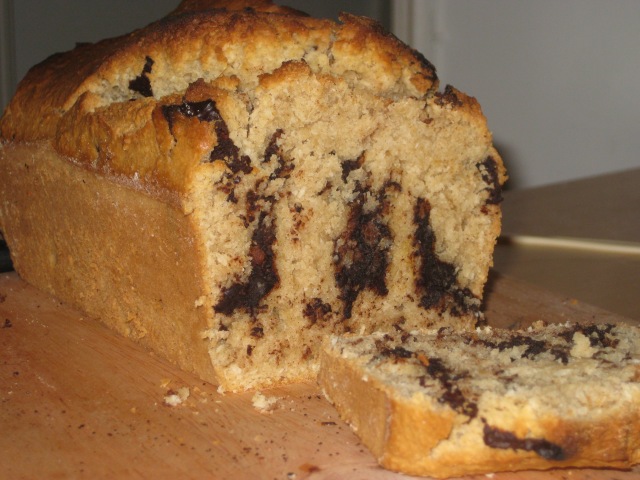 Ah, Friday.  For most people it’s the end of the working week.  For some people, such as my mother, it even offers such treats as dress-down Friday.  For a lucky minority, including my boyfriend, it is known as Cake Friday when the afternoon is broken up by a little sweet treat.  Could there be any greater motivational tool?  And for my slacker of a brother it is in fact the first day of his customary 3 day weekend.  Alas, for me it is none of those things.  It’s the penultimate day of the week, and the one right before my busiest day.  It can be rather cumbersome, hearing other people talking excitedly about the start of the weekend, or about the cake-related mirth.  So to give myself a little boost, a little push before heading once more into the breach tomorrow, I have made it my own personal Cake Friday with this delightful coconut and chocolate loaf.

The recipe is one that I’ve encountered on various blogs, it’s by an Australian chef called Bill Granger and seems to be rather famous.  The recipe is very straightforward and there are numerous variations to be found online.  This is the second time I’ve made it, and both times I’ve added in dark chocolate to make it a bit more of a treat.  I’m working all day tomorrow – I deserve it! 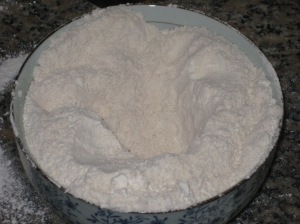 2.  Sift the flour and baking powder into a bowl, then stir in the cinnamon, sugar and coconut.  (You need quite a big bowl for this!)  Make a well in the centre. 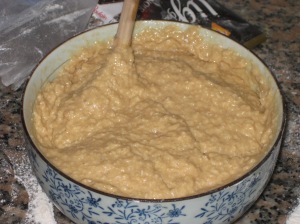 3.  Whisk together the eggs, milk and vanilla, then pour into the well.  Stir until it’s all just combined, then pour in the melted butter and mix it again – but don’t over mix. 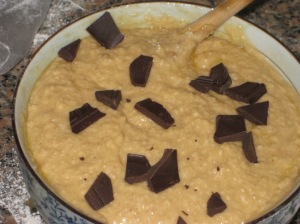 4.  Stir in the chocolate chunks. 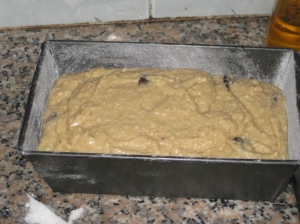 5.  Pour into the prepared loaf tin and bake for 50-60 minutes until a skewer comes out clean (except for the yummy melted chocolate!).  Cool for 5 minutes in the tin, then turn it out.  I ate a slice more of less immediately, and it was divine! 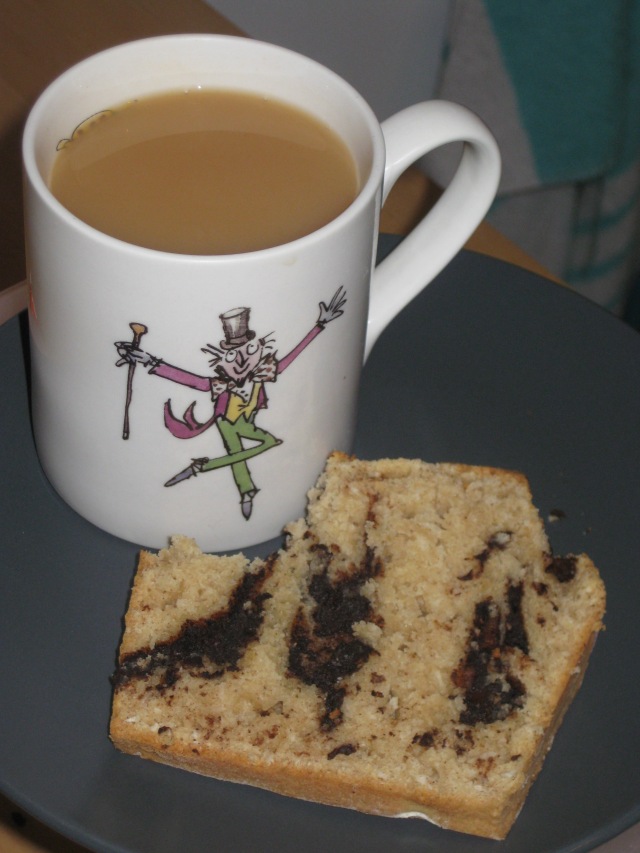