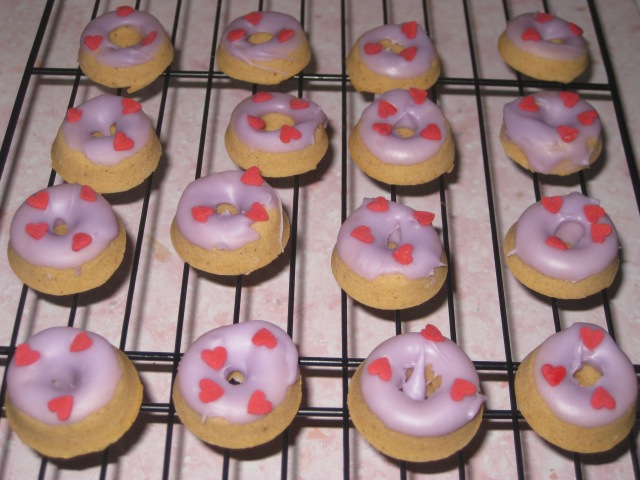 Many of my happiest childhood memories were made at Flamingo Land, a themepark and zoo in the north east of England which I always believed to be the best in the world (helped by the fact that it was the only theme park I visited until I was a teenager).  The animals have rather faded from my memory – I know there was a polar bear, which just seems horrifically cruel now, the marvellous baboon island, and of course many a flamingo.  But the rides – how I loved them, decrepit as I now see they were.  Every year we would take a family holiday to the caravan park there, and my brother and I could each bring along a companion.  We would spend the day sometimes as a foursome, sometimes splitting off into our pairs.  This being the age before mobile phones, I don’t know how we coordinated our activities – perhaps we simply made plans and stuck to them, unthinkable as that seems in the 21st century.

I always took my best friend from primary school, Catherine.  We would ride our favourite rides on repeat, wander around being silly and refuel frequently on mini doughnuts.  They were always hot from the deep-fryer, dredged in sugar and extremely delicious.  Doughnuts at Flamingo Land were sold in 5s, but almost every time we bought a bag of 5 between us we’d get an extra one thrown in especially.  Thank the lord for Flamingo Land workers taking pity on greedy girls who hate to share!  There are few similarities between my mini doughnuts and the Flamingo Land ones, except that both are entirely delicious. As mine are baked rather than fried they are much more cakey (and healthier, though let’s face it, we’re still talking about treats).  I would recommend eating them on the day they are made, not purely due to greed but also because they went slightly sticky and moist overnight.  Not that many survived to the next day anyway, of course…

1.  Preheat the oven to 160C.  Prepare a mini doughnut tray by greasing each mould with spray oil. 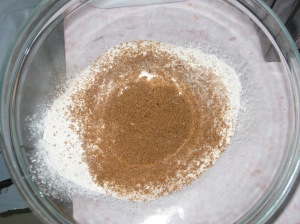 2.  Sift together the flour, baking powder, cinnamon, salt and sugars into a mixing bowl.

3.  In a separate bowl, whisk together the egg, milk, buttermilk, vanilla extract and melted butter.

4.  Pour the liquid ingredients into the dry ingredients and mix briefly until just combined. 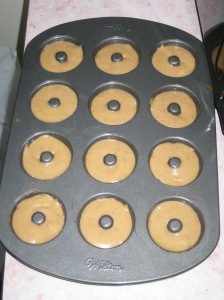 5.  Pipe, pour or spoon the batter into the prepared trays – I found the latter the most effective.  Peggy recommends filling each mould just halfway up, but they were too small for my monstrous appetite – I filled them up almost to the top for my second batch.

6.  Bake for 10-12 minutes, until the tops have lightly browned and just spring back to the touch.

7.  Invert the tray and the doughnuts should just pop out.  You can see the difference between my two batches.  Bigger is always better where treats are concerned!

8.  Make the fondant by mixing the sugar with water as per packet instructions to form a paste.  Place the bowl over a pan of simmering water until the paste becomes liquid and stir in the glucose and food colouring.  You may need to return it to the heat or add more water while dipping the doughnuts, as the fondant can solidify and set. 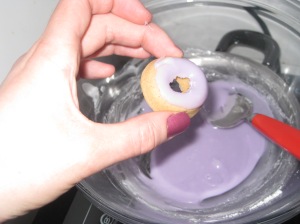 9.  Dip each doughnut upside down in fondant until half-coated.  You may need to poke through the middle with a toothpick if it joins up. 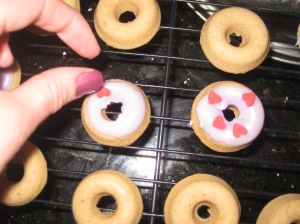 10.  Quickly add sprinkles, and leave to set – it does so fairly quickly.  And beautifully. 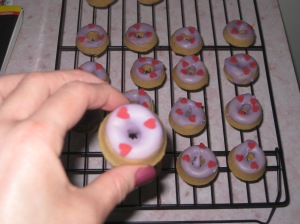