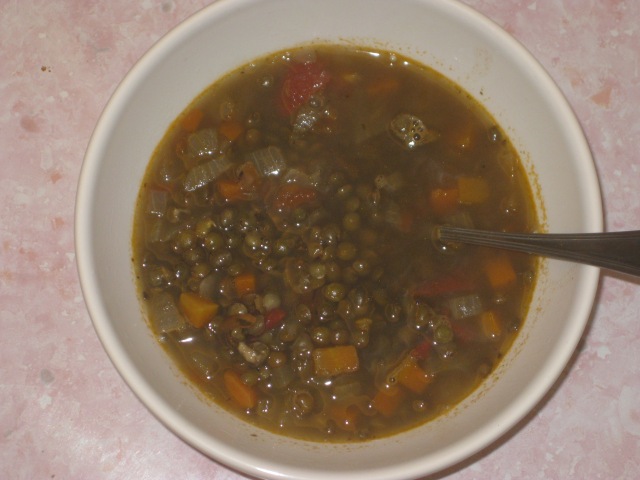 This is a Vegan Week discovery that has made the transition into my normal repertoire.  I know it looks brown and worthy and all those negative things people might think about vegetarian and vegan food, but it tastes so delicious, thanks largely to the bay leaf, and that is surely the most important thing.  Amongst Asians there tends to be an impression that meatless food is boring or bland, and that just isn’t the case.  Recently I allowed my delightful and infinitely quotable Friday afternoon class to do some cooking, and they insisted that our vegetable fajitas were the first meat-free meal they’d ever eaten (and would probably be the last). 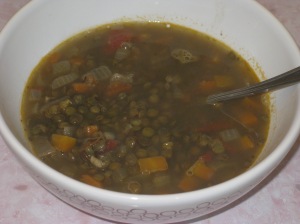 I would like to think they were just trying to get a reaction out of me, but you never know.  At the start of the lesson I told them about the horsemeat scandal in Europe, which did not phase them in the slightest:  they said that eating horse was no different to eating cows or pigs.  I tried to get them to think about the fact that people didn’t know what they were eating and weren’t allowed to make informed choices, and they thought that made it a bit worse but still, they were hardly troubled by it.  At the end of the lesson I asked if they would rather eat the veggie fajitas (which they devoured greedily, I would like to point out) or a horsemeat burger, and they all chose the burger.

I dread to think what they would make of this soup, then, but I at least love it.  I’m planning on introducing my students to the joys of hummus next time we cook – I might have to tell them that chickpeas contain chicken to get them excited about that one! 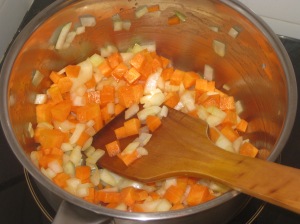 1.  Heat the oil in a large saucepan and gently fry the onion and carrot for about 10 minutes.

2.  Add the garlic, tarragon, thyme and paprika and heat through for another two minutes.

4.  Pour in the vegetable stock, and add the lentils and bay leaves.  Season and bring to the boil.

5.  Cover and simmer for 30-45 minutes until the lentils are tender.

6.  Remove the bay leaves and serve with crusty bread.