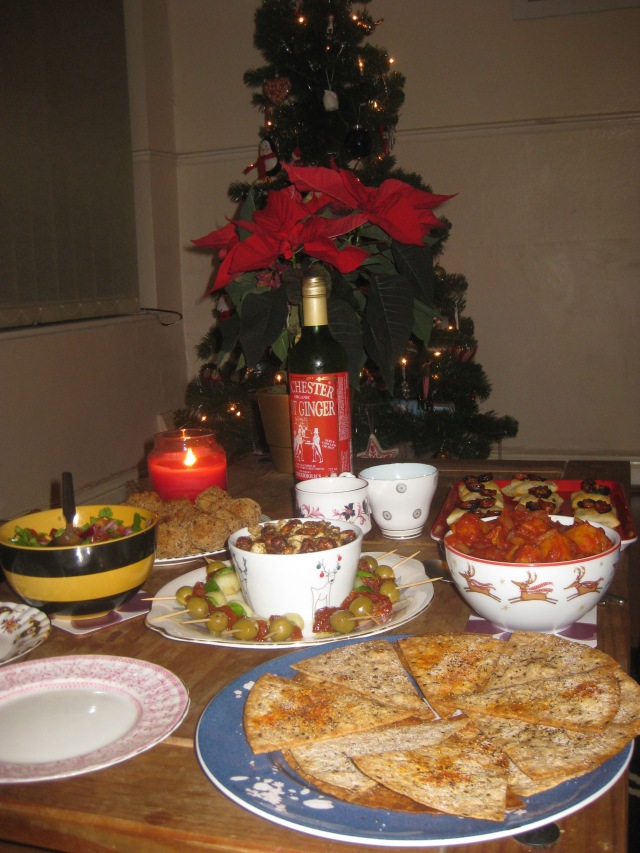 Mr Herbivores’ Heaven and I enjoyed an early Christmas celebration at the weekend before we go our separate ways for the day itself.  He has never really celebrated Christmas before and initially was rather reluctant to indulge in all my festive traditions.  But over the past few weeks he has discovered his Christmas spirit and he was almost as giddy as I was when the time finally arrived.

Having a vegan Christmas was delightfully easy – though it certainly helps that Mr HH is vegetarian and doesn’t eat eggs either, so we’re largely on the same page when it comes to food.  For our Christmas Eve party tea, we enjoyed some patatas bravas, tomato tartlets, salsa, tortillas, spicy nuts, Mr HH’s famous falafel and some lovely roasted gnocchi canapes. 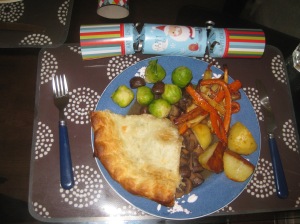 And for Christmas dinner we had this mushroom and chestnut pie, festive sprouts, roasties and maple-syrup-roasted veggies.  Delicious!

Dessert wasn’t really required, but I threw together a blackberry crumble and Mr HH whipped up some dairy-free custard. 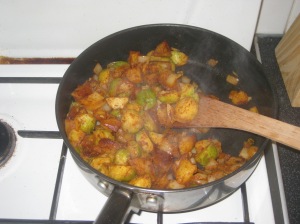 And since then we’ve been living on leftovers, including my usual bubble and squeak hash.

When I became vegan almost one year ago, missing out on my Christmas traditions was probably my greatest worry.  But barely anything has changed, and I have over-indulged as much as ever and am looking forward to a few more days of the same.  Happy Christmas to all my readers, and happy eating!