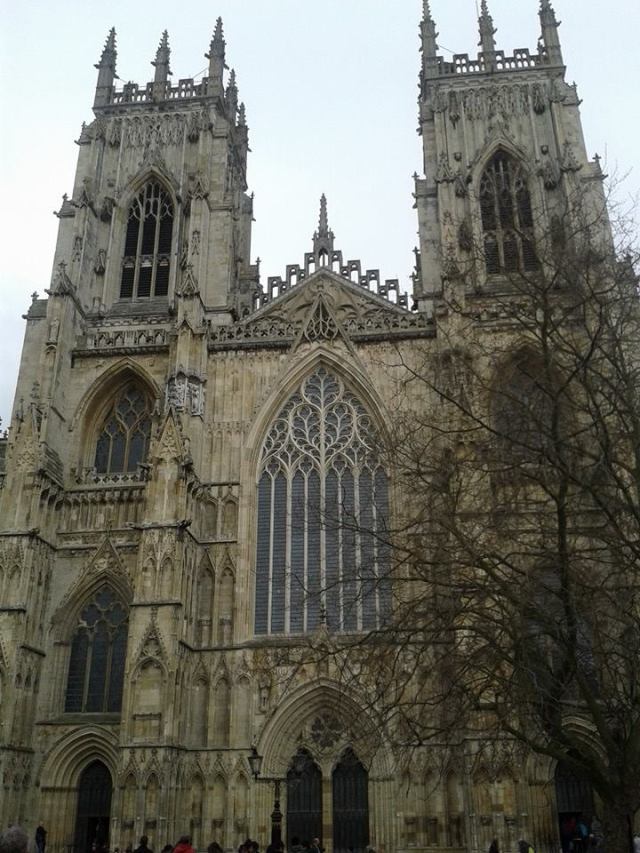 Growing up in the north east, York was probably my most-visited place on school trips and family days out.  As such, there probably isn’t a museum in York that I haven’t visited.  As a child, I loved the Jorvik with all of its sights and smells, but also the Castle Museum, mostly for all the old toys amassed there.  The Railway Museum is fantastic whatever your age:  it’s impossible not to climb aboard a gigantic train and pretend to pull the whistle!  And I have been to York Minster a million times, though never in recent years because, I was outraged to find, it now costs about £8 to enter.  At the risk of showing my age:  it wasn’t like that in my day!

Far better, and cheaper, is a walk along the historic walls.  If you’re anything like us, you can hum the Game of Thrones theme as you march along and look out for wildlings.  It’s a great way to see a bit of the city and to understand how ancient it is.

And where to eat?  As a vegetarian, I joined most visitors to York in the queue for Betty’s Tearoom.  But now I avoid waiting in the rain and breeze straight into Goji, a lovely little vegetarian restaurant.  I’ve written about it before because I love it so.  The menu had a good balance of vegan and vegetarian dishes, but the daily specials are usually the highlights.  When I was there last December the specials board had a decidedly festive twist, and I couldn’t resist the nut loaf burger.  Yes, a slice of cashew nut loaf with cranberry sauce in a bread bun.  Of course, it was delicious.  The roasties were a nice change from burger and chips, but the salad was a little out of place.  Still, how exciting, to have a festive burger!

Goji is a tremendous place to go for cake.  The window display no doubt lures hundreds of people in (likewise the deli counter, it would be a great place to pick up a picnic in summer months), and the majority of the cakes are vegan.  I’ve never disliked a cake from them.  This time, though, I went for the sticky toffee pudding from the menu.  The sponge wasn’t actually sticky, but it had all the flavours and the sauce was perfect.  There’s nothing quite like ice cream melting into a warm sauce!

York is one of my all-time favourite places, and any visitor to the UK simply has to go there.  The city has so much charm – and so many vegan cakes in Goji!