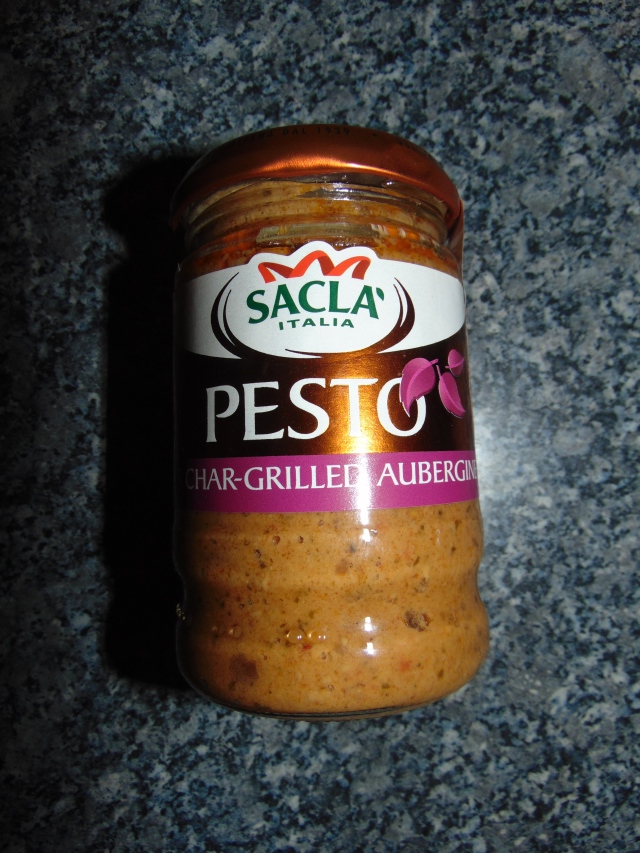 I spend all year watching the UK vegan scene with great interest: seeing the new accidentally-vegan products identified, watching with glee as supermarkets increase their vegan lines, and looking out for new small companies specialising in vegan cheeses and chocolates.  And finally, when I’m home for Christmas, I try to get my hands on as many as these things as possible! Here are some of the things I tried out this time – not necessarily new to the market, but new to me.

I’ve been dreaming of a return visit to Edinburgh and eyeing up menus there, some of which include vegan haggis, unsurprisingly. When I saw this haggis in Unicorn in Manchester, I had to buy it. I wasn’t really sure what to do with it, so I mashed it up into a baked potato, and it was delicious!

A non-vegan friend was raving about this in the summer, so I was delighted to see it pop up on an accidentally-vegan list.  The aubergine flavour was delightful, and it really livened up a bowl of pasta.  If only it were available in Prague.

If you’ve ever found yourself missing Wotsits, you need to get yourself a bag of these.  I’m a huge fan of this range of crisps, and I’m happy to see them branching out into different textures. These were jalapeno and cheddar flavour, and tasted delicious.  We saw these in Ms Cupcake in London and thought they must be a rare vegan find – then we spotted them in my local Tesco! Everyone can enjoy them!

For the second year in a row, the Tyne Chease selection box of ten mini-cheases was sold out long before Christmas. My mum ordered me these creamed cheeses instead.  The chilli flakes one was seriously spicy – I only managed a few crackers spread with this!  The smoked one was my favourite, it was just so delicious. The garlic one was equally tasty, and, in a desperate bid to use it up before flying back to Prague, I used it as the white sauce in a lasagna – highly recommended!

I also spotted a Nutcrafter Creamery cheese in Unicorn and had to have it – I fell in love with their cheeses last Christmas.  This was quite a soft cheese, but still for slicing rather than spreading.  The outer coating was especially flavoursome.  These cheeses cost a  pretty penny (this was about £8), but they are really worth it for an annual treat.  Although I do wish I indulged in fancy cheese suppers all year round. 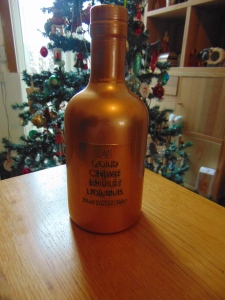 And what fancy evening would be complete without an extravagant tipple?  This is the M&S drink that vegans went crazy about in 2016.  2017 was all about their vegan-labelled chocolate and coconut Baileys-esque booze.  Unfortunately, the vegans of Manchester had swooped all the bottles up long before I got there, so I was “stuck” with this one.  There’s a lot to be said for a bottle with a warning on the back to upend before serving, so as to distribute the glitter better. Yes, it was a glittery, golden, caramelly, sweet drink.  I have a sweet tooth so I enjoyed it, but a little went a long way!

Tell me, what new prodcuts have you found or been on the lookout for? And was the chocolate coconut drink as good as I’d heard?