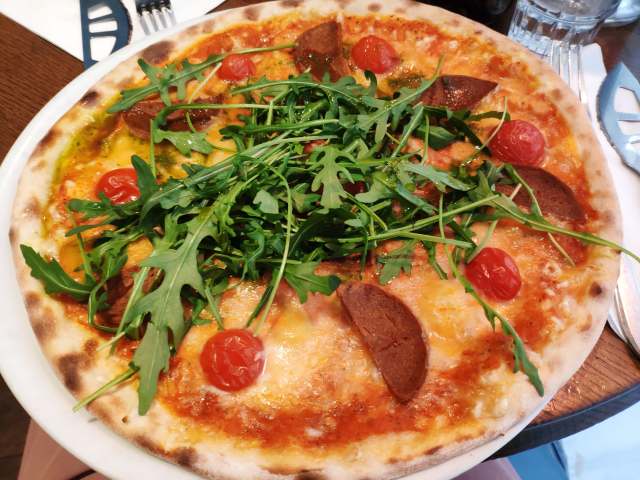 It’s strange to think that just a couple of months ago I was popping over to Paris for a last minute weekend away, and thinking nothing of it. Now the Czech Republic has essentially closed its borders, and I can’t even pop in to the office or my local brunch spot any more – everything’s closed down. It’s an eerie situation.

But life must carry on with some semblance of normalcy. Now there are no travel plans to look forward to for the foreseeable future, at least I can look back fondly…

While we were in Paris we made two attempts to visit Cloud Cakes – the first time we relocated to Wholywood, and the second time we went to Janine Loves Sunday, just down the road. It was a strange place – empty when we arrived at around 11:45am, but they sat us in a cramped little corner table, and then boxed us in by seating all the next customers really close to us. There was no personal space at all.

We were expecting to order from the brunch menu, but were told it was not running, and they were only serving pizza. So pizza is what we had! 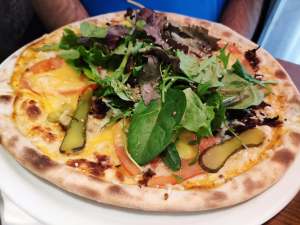 They were good pizzas, with a proper thin base and plenty of good cheese. Dr HH ordered this one with mock meat and pickles, and he really enjoyed it. 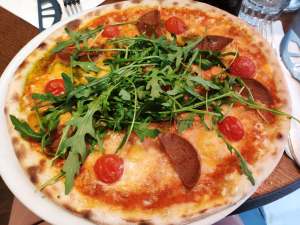 I loved the mock meat on mine, but I wish they’d listed rocket as an ingredient in the menu, so I could have asked for it to be removed. Does anybody want a massive pile of leaves on top of their pizza?!

I wouldn’t hurry back here – it was fine in a bind, but it wasn’t a very relaxing atmosphere due to how tightly we were crammed in. 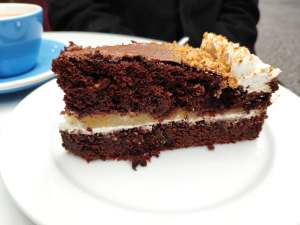 We decided to try to grab an outside table at Cloud Cakes so we could at least see what all the fuss was about. We ordered a slice of chocolate fudge cake to share, and I suppose I was expecting more, based on the crowds. It was a good cake, but not the best I’d ever had – and I was displeased to find a layer of fruit in the middle. That is not what I expect from a chocolate fudge cake!

There seems to be something of a pattern here, with the sneaky unlisted rocket on my pizza, and the devious fruit hiding in my chocolate cake. Just let me eat my unhealthy food!